Should Nonprofits Be Scared of a Bear Market? 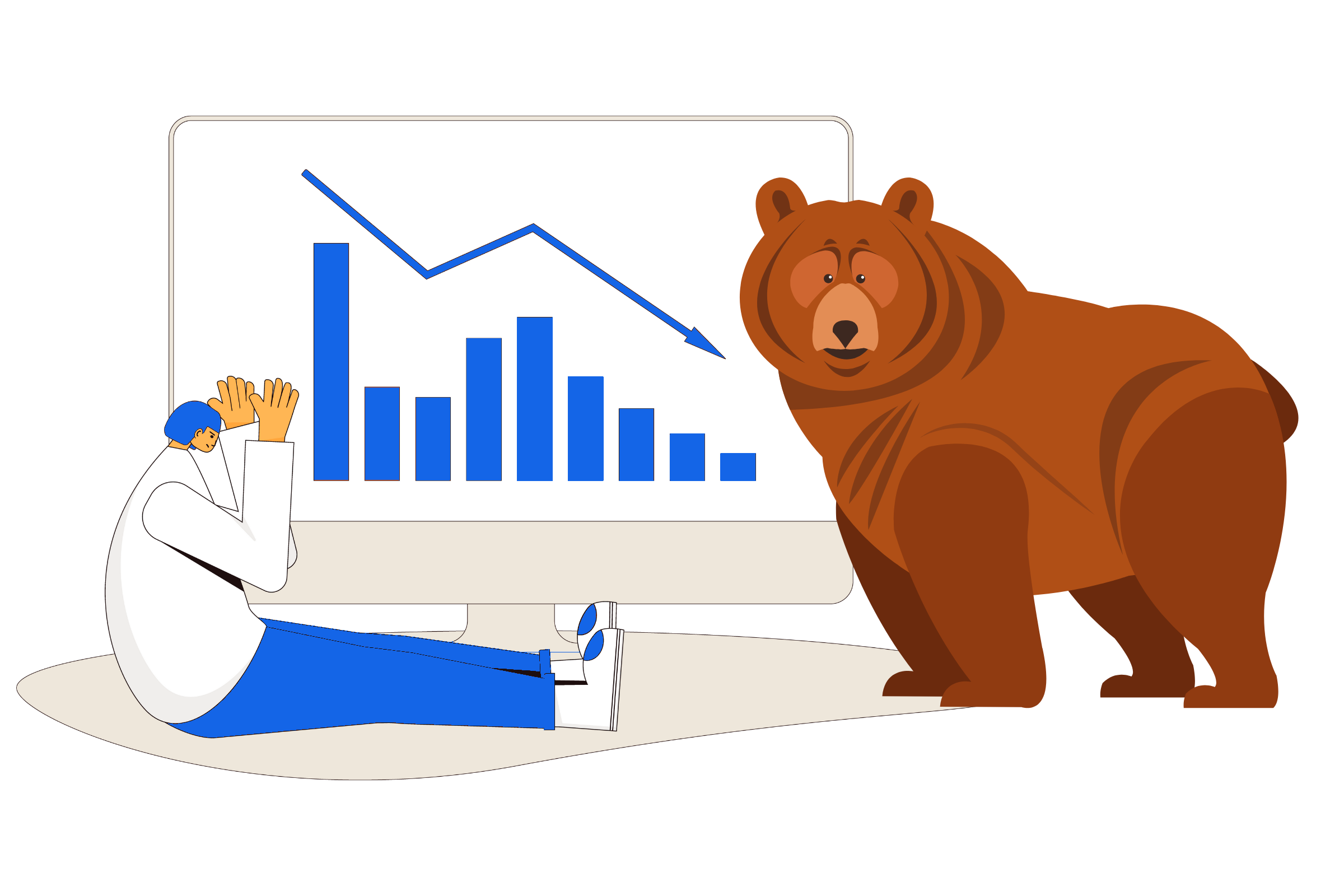 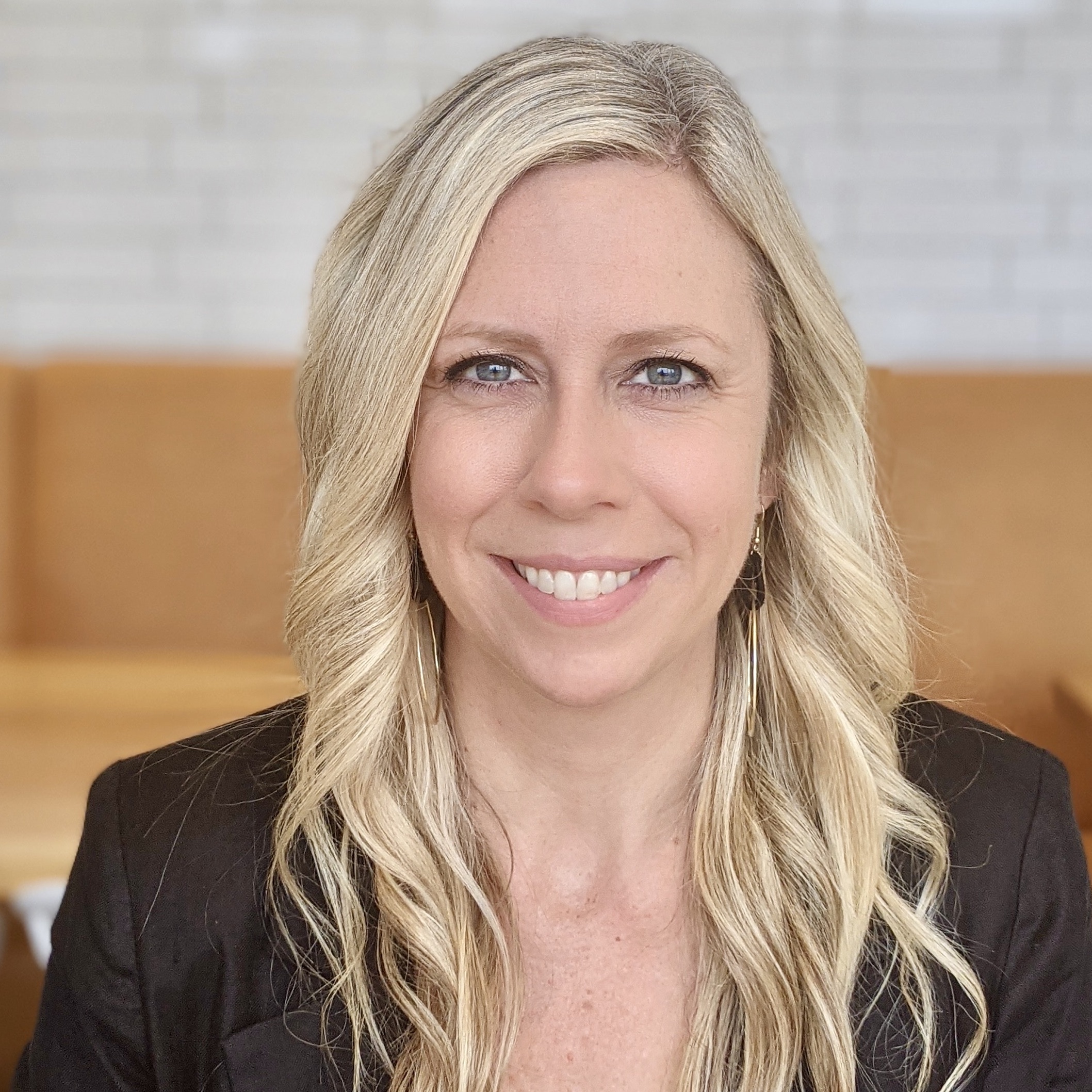 We’re all watching the markets closely right now. And honestly, it doesn't look good. But no, nonprofits don't need to be scared of a bear market with long term investment strategies in place.

As a nonprofit, money always feels a bit heavier a burden and more emotionally driven. After all, it’s hard earned and generously given. That's a lot of responsibility. If you are a nonprofit that is new to investing or considering it, a bear market might feel scary. Even experienced investors feel some pain looking at their accounts right now. But as Warren Buffet has said, "When the markets are down, just quit checking your balances."

I would add, don't doom scroll financial twitter either. Instead let's take a deep breath and take a better look at the data, historical trends, and long term strategies. Not only will it likely make you feel better, it should build confidence for your investment strategy, and for many may even prove a strategic time to get IN the market. It can go against our emotional reactions, but it often aligns with a financially savvy one.

Why is it called a bear market?

First, according to the US News and World report, a bear market is a term used by Wall Street when an index like the S&P 500, the Dow Jones Industrial Average, or even an individual stock, falls 20% or more from a recent high for a sustained period of time. High inflation, rising interest rates, a slowdown in China’s economy, and of course the Russian invasion of Ukraine have caused a slide that could become a bear market.

Why use a bear to represent a market slump? "Bears hibernate, so bears represent a market that's retreating", said Sam Stovall, chief investment strategist at CFRA. "In contrast, Wall Street's nickname for a surging stock market is a bull market, because bulls charge", Stovall said. To help remember, try a link and story method with the classic sports comedy, Bad News Bears (and all the remakes). A bear market essentially means a bad news in the market.

This isn’t emotionally helpful, but a factual reminder - those reserves that are sitting "safe" in a savings, money market, or CD are also actively losing value in a bear market due to inflation. High inflation and bear markets typically go hand in hand. Currently those funds are losing over 8% of their buying power year over year. Savings accounts bring average annual returns of 0.06% which are not even close to keeping up. So although it feels less vulnerable, it’s at a loss as well. So is your 401k or 403b. A bear market is not just impacting organizational funds invested in stocks and bonds.

The good news? Nonprofit reserves are not meant for short term needs. We identify healthy reserves as additional funds that are beyond your 12 month operational budget. It's your emergency fund that should be invested conservatively to hedge against inflation and ideally isn't touched for at least 3-5 years or ever if you maintain organizational health. Worst case scenario you need to access funds invested, you can do so. They may have lost value in a bear market, but so has your savings accounts, money markets, and CDs due to inflation.

The Fed is actively trying to avoid a recession. They may or may not be successful. Short term, bear markets can be scary, but longer term it shouldn’t be a worry for nonprofits because endowments and reserves are long term investments. Few nonprofits are still playing the buy and sell game of active management because academic research consistently demonstrates that over 90% of active investment advisors can't outperform index funds over a 15 year period of time. It's nearly impossible to time the market and data supports Warren Buffet's long standing advisement for more passive, buy and hold strategies.

Let's look at one of the more recent market collapses in US history. The Great Recession of 2009 was the sharp decline in economic activity during the late 2000s. It is considered the most severe economic downturn since the Great Depression. The market crashed, unemployment was high and it was an incredibly difficult time. Do you know how long it lasted? About 18 months.

Starting with an eight-month slump in 1945, the U.S. economy has already weathered 12 different recessions since World War II and the COVID-19 pandemic, which ended the longest period of economic expansion on record. While no one can predict the future, recessions are a part of the economy and can't be avoided. But with long term financial goals and plans, dips become part of the landscape and the risk you take for intentional, long term growth opportunities.

Still stressed? We agree with Warren Buffett, Jack Bogle, and most financial planners: When stocks are down, don’t watch the market closely.

While many investors may be wondering what to do in such a tumultuous market, Warren Buffett says the answer is simple: Try not to worry too much about it. “The money is made in investing by owning good companies for long periods of time. That’s what people should do with stocks.”

“Markets don’t settle down, they settle up,” he says. “By the time the news looks a little bit better, the market has already recovered. And if you miss the recovery, there’s a very, very good chance you’re going to make it harder to hit your financial goals. For a lot of people, not looking at this might be the best way to kind of help them sleep at night.”

Trust the process, trust the data, and let go of what you can't control. As a nonprofit leader you should be making smart, long term financial decisions that include building reserves, hedging against inflation, reducing fees, and growing asset giving. Market conditions shouldn't change that.

Control what you can.

We can’t control everything, but you still have the ability to make sound financial decisions. A great nonprofit leader must build financial sustainability so their organization can weather down markets, recessions, and reduced giving seasons.

One key way to accomplish those goals is diversification of what you have and making strategic decisions to hedge against inflation while reducing your risk in your portfolios. An organization that can't last, can't move your mission forward.

A bear market hasn't lasted forever yet. It’s a season that in a long term vision should not be a cause to worry. And remember, it’s not a loss until you try to cash out. Right now it’s just numbers on paper.

Now could be the time.

If you need the money right now, you may want to sell everything and place it into cash. But most advisers and fiduciary's would urge against this over long term horizons because your cash could lose value due to inflation and it could prevent opportunity for future market gains. The market will always have ups and downs. Bear markets and recessions are nothing new and powering through the losses is the risk you take on for the stronger returns stocks have provided over the long term.

Many of the best days for Wall Street have occurred either during a bear market or just after the end of one. In fact, the bear market can sometimes be the time to put more money in aka "buying the dips." Many wealthy and financially savvy people do this because while you can't time the dips or the bottom of the market, buying low can help hedge against the risk and could help make your returns greater.

Try to not make emotionally motivated decisions about your nonprofit finances. These decisions should never be driven by fear or ego rather by data, goals, and time horizons. Information is power! Should nonprofits be scared of a bear market? No, but you should always be prepared by making smart, long term financial decisions that include building reserves, hedging against inflation, reducing advisor fees, and growing asset giving.

We'll only email you about once per month

You're subscribed! 😎
Oops! Something went wrong . 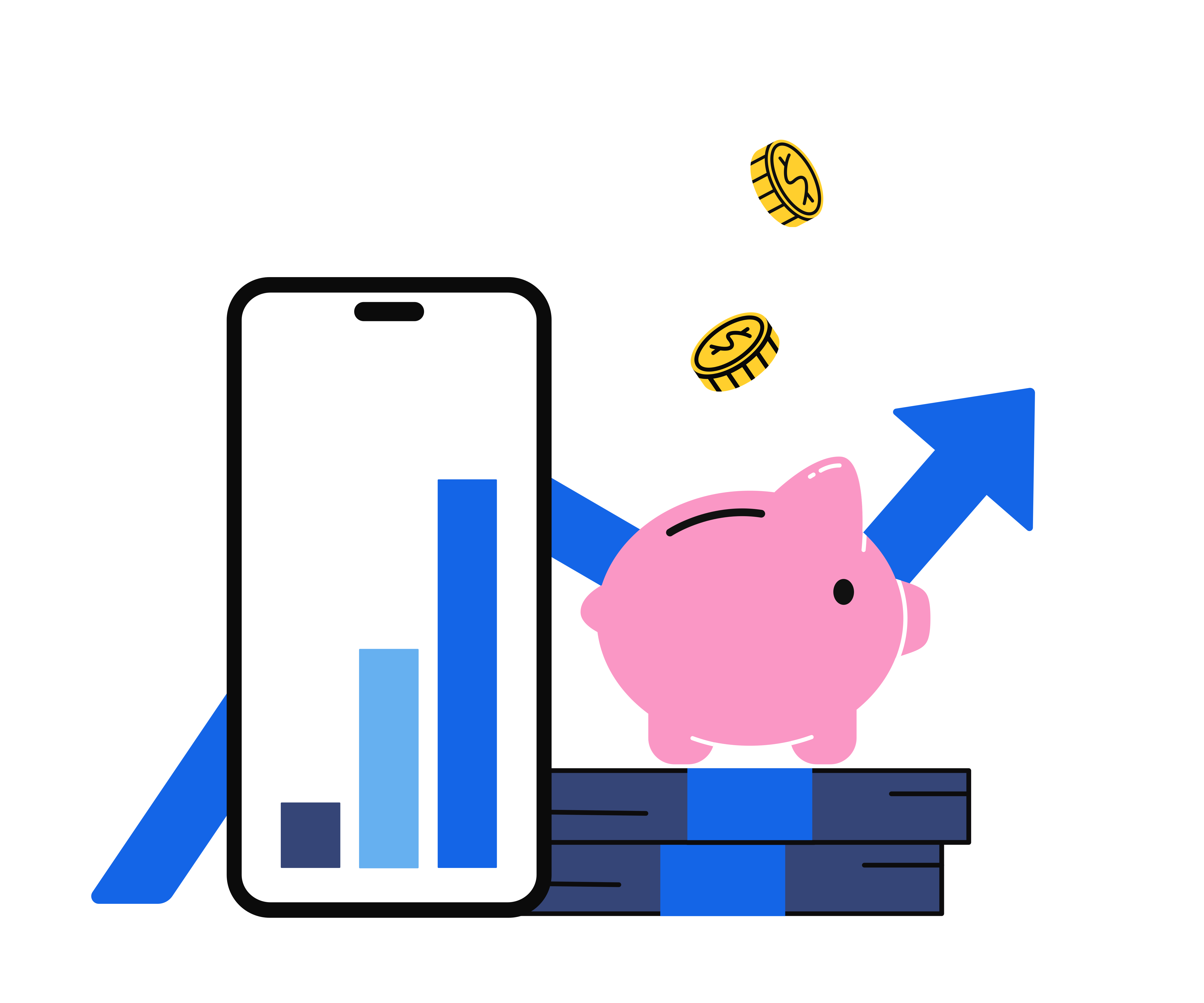 Put Your Cash Reserves To Work: Earn Up To 4.7% in T-Bills

US Treasury bills are some of the safest investments available today and ideal for nonprofit cash reserves. 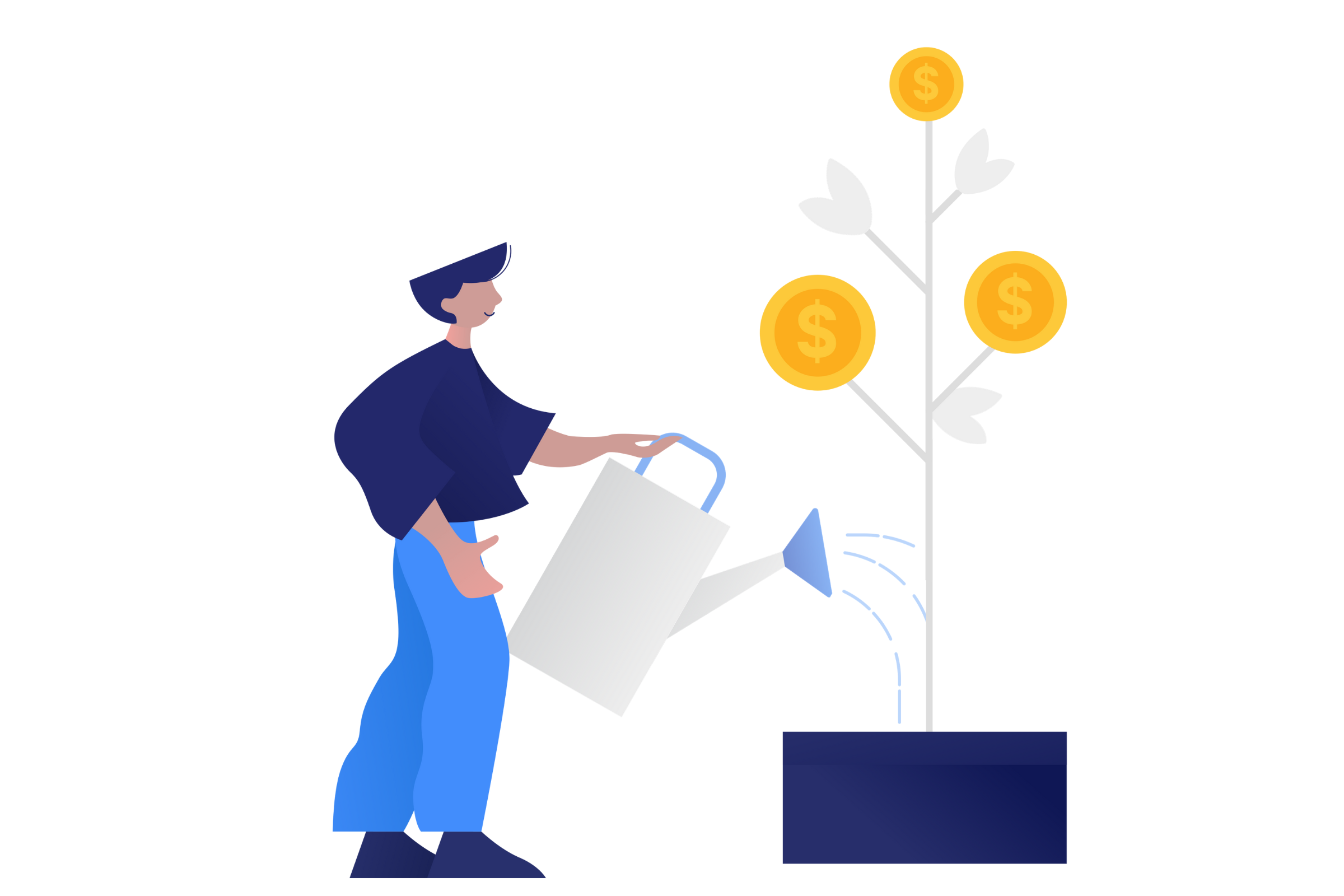 Endowments for Small to Mid-Size Nonprofits

Small and mid-sized nonprofits can boost the sustainability of their work with smart fundraising strategies like endowments.